My Friday Fiction Friends and I write different stories based on the same prompt. This week,Tammy Soong at World’s Worst Moms provided the prompt. This is episode eighteen in an ongoing series. If you missed the first seventeen episodes, here are links:

Sometimes is never quite enough

If you’re flawless, then you’ll win my love

Don’t forget to keep that smile on your face

Be a good boy

You’ve got to measure up

And make me prouder

How long before you screw it up

With everything I do for you

The least you can do is keep quiet

Be a good girl

To make us proud

I’ll live through you

I’ll make you what I never was

If you’re the best, then maybe so am I

I’m doing this for your own damn good

You’ll make up for what I blew

What’s the problem…why are you crying

Be a good boy

To make us happy

We’ll love you just the way you are

Alanis sang the lyrics that took Amanda back to her childhood and the constant pressure to be better, to be perfect in her parents’ eyes. Despite being divorced and living in separate states, both her parents were disappointed with her for various reasons. First, she was born the wrong sex so that put her at a disadvantage in her father’s estimation from the beginning. First born sons get the respect in Korean culture. Second born children, especially girls are not as valuable to aging parents. Then she didn’t accept the right religion (her mom’s fundamentalist Christianity) or get accepted to the right college (where her father worked) because she didn’t get “good enough” grades. Instead, she rebelled against their advice and set out to create a family of her own that accepted her for who she was.

Looking in the mirror, she saw the same eyes of that young girl and mentally hugged her, saying her mantra to herself. You’re perfect the way you are. Written on a neon green sticky note with a black sharpie, it was hard to avoid seeing it as she went through her daily beauty rituals. Her eyes were the same, but everything else grew up over the years. Her worries, joys, and experiences all carved into wrinkles on her tan skin. Instead of looking for her flaws, she observed with her mind and kept her focus on her golden brown eyes. Another sticky note written by Richard told her, “You are beautiful.”

She dabbed concealer under her eyes and on her other imperfections then brightened up her eyes and face with fresh color and black mascara on curled lashes. Careful not to overdo it, she preferred a natural healthy look, plus at this point it was difficult to find the energy to go through her routine. Her counselor suggested it as part of an overall self-care program, starting with basics like hygiene and appearance. So, she woke up early just to take a shower and do her hair and makeup before starting her day. She liked the effects of enhancing her natural beauty with feminine touches, but as with everything in life there is a law of diminishing returns. Too much concealing and too much color makes a woman look fake and desperate for attention. It calls more attention to the flaws instead.

If only it were so easy to conceal imperfections in our lives.

So many things weighed on her mind…Richard, Ella, Anderson, Richard’s affair, life as a single mom, her boys, her granddaughter, her mom in the hospital. Taking care of herself was literally the last thing on Amanda’s mental list, so it really did take effort. Mother’s Day was just a few days away, and she hadn’t had any contact with her mom since her suicide attempt.

Amanda was learning to let go of guilt, and she felt especially guilty that her mom was alone and suffering. Knowing the perfect daughter would fly into town and visit in the hospital with flowers, Amanda gave herself permission to be less than perfect, to be good to herself even if it meant staying away from her mom. Even though it was sad her mom did that, it was even sadder she blamed it on Amanda instead of accepting her problems as her own and attempting to work on those problems with professionals. She certainly wasn’t being and hadn’t been a perfect parent.

I will send her some flowers and a card. That’s something. Better than nothing.

She loved her mom but knew that engaging with her would be toxic, so she stayed away. It was not a utopian mother-daughter relationship. No sense falling prey to a nirvana fallacy. The more Amanda let her mom into her world, the worse she felt and the more stressed and upset she was. Being a mom to her own children took all her energy.

She was thankful for her life and her family and needed to try to stay in a positive place. It was her daily practice to let go of the negative and appreciate the positive. She knew life can change at any moment, and she learned the hard way to love fully while there is the opportunity. Her life was still full of love, and although it felt like the end of the road in many ways, she knew there was beauty in the world. Dwelling on the positive was the best way she knew to keep herself from sinking into deep depression and activating a stress response in her body.

Richard and the boys always made Amanda queen for the day on Mother’s Day. This would be the first time she would celebrate it alone. This year, she would have to see the positive in celebrating it with her boys and her granddaughter. It wouldn’t be perfect, but it would be good enough. Keeping everything in perspective, at least she had three handsome sons and a gorgeous little granddaughter to celebrate.

People in the world are suffering way worse than I am. I am fortunate to have Cassidy and the boys. I am a proud mother and grandmother.

Because of her tense relationship with her mother, Amanda vowed to be a different kind of mother to her own children. And having Cassidy as her granddaughter felt like another opportunity to raise a little girl, one she missed out on when Ella’s life ended unexpectedly. She made it her priority to attend regular therapy and took medication for depression, unlike her mother. She told her boys all the things she loved about them and complimented them for qualities unique to their personalities. She encouraged them to follow their dreams and to believe in themselves. She and Richard tried not to fight in front of the children, and they showed affection in front of them. As far as the kids knew, everything was fine in their marriage except the grief. She tried to shield the kids from her troubles. And she never blamed them for anything going wrong in her life.

I am not perfect, but I’m perfect the way I am.

Here is the prompt:

Let your characters work through the old saying, “Perfect is the enemy of good.”
Visit my Friday Fiction Friends to see what they wrote with the same prompt:

Near Genius
Thanks for reading this entry. Peace out!
Related articles 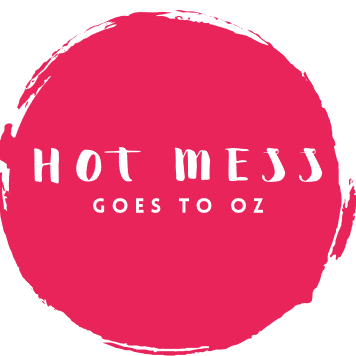 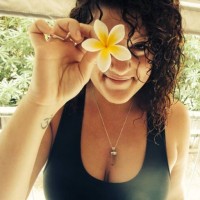 I am Iron Man

Your results:
You are Iron Man Click here to take the Superhero Personality Test

Inspirational Quotes To Motivate Your Life

Dive Into a New World

Bringing you love through spirit!

Welcome to the prettiest place on the internet

The Golden Dood
Natalie The Nudie

Naked as we came, otherwise we would have come wearing something else.

Meditations on Art and Life